Margo Price at The Ryman 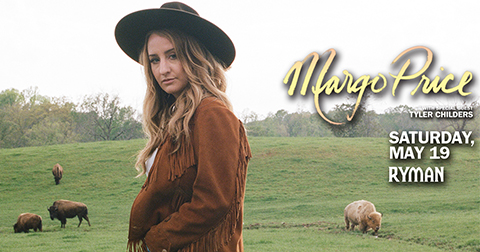 Far from overnight, Price’s recent meteoric rise is the product of more than a decade of hard work and sacrifice. While she’d long been one of East Nashville’s best-kept-secrets, she burst onto the international scene with the 2016 release of her first solo album, ‘Midwest Farmer’s Daughter.’ The record debuted in the Top 10 on Billboard’s Country Albums chart and graced Best-Of lists everywhere from Entertainment Weekly to NPR Music, who called it “the hard-won arrival of an artist who feels like she’s always been here.” Vulture described Price as “one of the most compelling country talents to come out of Nashville in recent memory,” while Pitchfork hailed the album as “a potential classic,” and Rolling Stone praised its “amazingly vivid songcraft.”

Tickets for are on-sale now via ticketmaster.com and ryman.com.