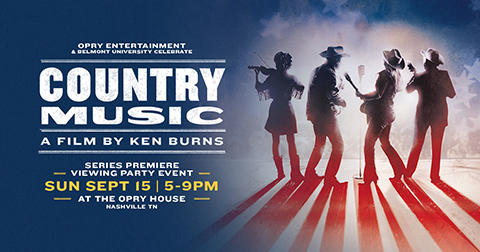 We’re celebrating and honoring country music with a special night at the Opry House. Join us to view part one of “Country Music”, a film by Ken Burns in the Opry House with food and festivities. Ticket proceeds will benefit Nashville’s local public television station, NPT. The fun starts at 5 pm with film viewing starting at 7 pm.