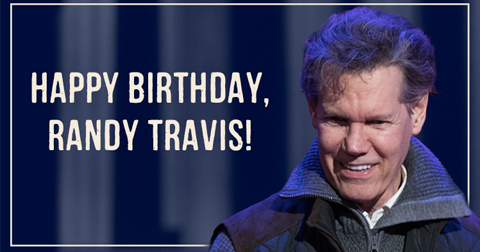 Legendary country superstar Randy Travis will make a special appearance on the Grand Ole Opry stage Saturday, May 4 to celebrate his 60th birthday.  650 AM WSM and WSMonline.com have named Travis our Artist of the Month and will mark the Opry and Country Music Hall of Fame member’s 60th with a week of special promotions and programming, including Travis’ Opry birthday appearance, beginning Monday, April 29.

Ticket information for the May 4 Opry show found HERE!