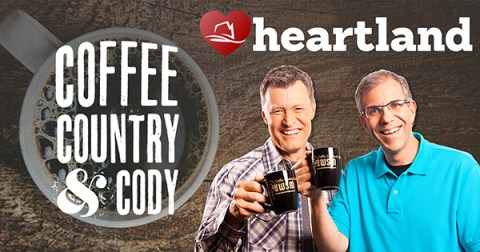 HEARTLAND ANNOUNCES THE ADDITION OF 650 AM WSM’S COFFEE, COUNTRY & CODY

Chattanooga, Tenn. (January 14, 2016) – Luken Communications, LLC and The Heartland Network, LLC, in cooperation with 650 AM WSM and Grand Ole Opry, LLC, are proud to announce the addition of WSM’s long-running morning show, Coffee, Country & Cody to Heartland’s programming lineup.  Coffee, Country & Cody will launch on Monday, February 1, 2016, and is scheduled to air weekdays from 7:00 to 11:00 a.m. Eastern Time.

Currently in its 22nd year, Coffee, Country & Cody is a staple in Nashville, hosted by Country Music Disc Jockey Hall of Famer and affable television personality Bill Cody along with his producer and sidekick, Charlie Mattos. Together, Bill, Charlie and their team start every weekday off with great music (country, bluegrass, Americana, Opry cuts and live studio guests), the latest news, entertaining features and lively talk. Grand Ole Opry members and other entertainment personalities are often featured as guests on the show, which broadcasts from the Gaylord Opryland Resort and Convention Center.

“We are honored to join the Heartland Network. I believe that consumers are yearning for genuine and authentic entertainment,” said Chris Kulick, WSM General Manager. “I know that 650 AM WSM listeners and Heartland viewers will embrace the warmth of one of the most sincere personalities in the world, Bill Cody.”

Matthew Golden, Luken’s Vice President of Programming, said, “WSM and Heartland are dedicated to preserving the legacy of the legends of country music, both classic and contemporary. I can’t think of any show that would speak more directly to the core of the Heartland audience.”

WSM debuted on October 5, 1925, and less than two months later, the station would birth its most famous show (and the show that would make country music famous), the Grand Ole Opry. The Opry was the first of WSM’s shows to develop such an excited audience that fans would visit live studio broadcasts. That tradition continues today not only with the Opry, but with other signature programming as well.

650 AM WSM’s first official broadcast day was October 5, 1925.  The station is the radio home of the Grand Ole Opry, which has been broadcast live over the airwaves since its inception. 650 AM WSM is owned by Ryman Hospitalities (NYSE: RHP). A weekly listing of all 650 AM WSM programming is available at wsmradio.com.