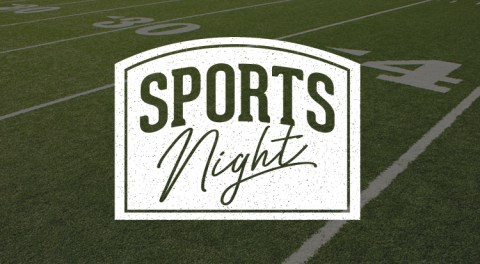 Sports Night will air Sunday evenings from 5-8 p.m. CT and will provide an appealing and informative look at all things sports. The format of the show will be similar to the No. 1 rated sports talk shows Plaster has hosted on various FM stations in the Nashville market in the past. WSM Program Director Jonathan Shaffer will serve as show co-host.

“No matter the season or year, there’s always great stuff to talk about in sports,” Plaster said. “I’m thrilled Jonathan is going to be part of the show with me, and I’m excited to get back in the studio and talk with the fans. I know I’ve got the station’s complete confidence in what I want to do and I know they’re going to allow me to do this the way I want to do it. That’s the only way I would have agreed to this show.”

“We’re excited to welcome George back to the airwaves of WSM,” Shaffer said. “When you have the chance to add a legendary talent to a legendary signal, you do it.”

Plaster got his start in radio at 650 AM WSM as a reporter for the Waking Crew with host Ralph Emery. More recently, in addition to the role of sports talk show host, Plaster has been a radio and television play-by-play broadcaster for several college teams.

“I always liked WSM because of its strong signal, and the thought that I’ve got a chance to talk to people in 38 states and half of Canada just intrigues the daylights out of me,” Plaster said.

Sports Night joins other one-of-a-kind programming on 650 AM WSM including an array of country music programs hosted by the station’s nationally-recognized broadcast staff and the world-famous Grand Ole Opry, a member of the Radio Hall of Fame. For more information on WSM or Sports Night, visit www.wsmradio.com or https://www.facebook.com/wsmradio/.